The charity event was run by Art Academy East, for the charity Papyrus UK. It was run in honour of a former student of the Academy, Emily Owens who sadly took her own life.

Papyrus UK is a charity providing a safe place and support for young people to get help when they feel that suicide is their only option. Emily’s father along with two other father’s recently completed walking challenges to raise money and awareness to help other families to not lose their children to suicide.

The college wanted to support Tim Owens, and Papyrus as Emily had been a popular and talented student. So they organised a charity day. You could purchase tickets for one art class, several or a marathon ticket for the whole day.

I, with the support of my husband and children bought a marathon ticket. The day started at 9am and went on officially until 830pm, I left around 9pm to head home.

The day was amazing. So many people took part, it was split into workshops of acrylic painting, pottery and mixed media/watercolour. I attended all sessions and by the end of the day I had a good body of work built up and I was exhausted. But it was so much fun… Even the local TV crew turned up and we were on the local news.

The day was so special, yes I got to do a lot of art BUT the focus was to raise awareness and more importantly funds for a charity supporting young people, giving them a space to contact and get help when they believe there is no reason to carry on. As a Stepmum to two amazing teenagers this touched me so much. I want my children to know that if things get too much for them and they can’t talk to us, that there is somewhere or someone out there for them that they can talk to and get the help they need.

The event raised a staggering £3500 which provides vital funds to support to our young people.

I would love it if you would leave me a comment or two about what you've just read! Cancel reply 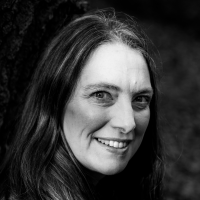